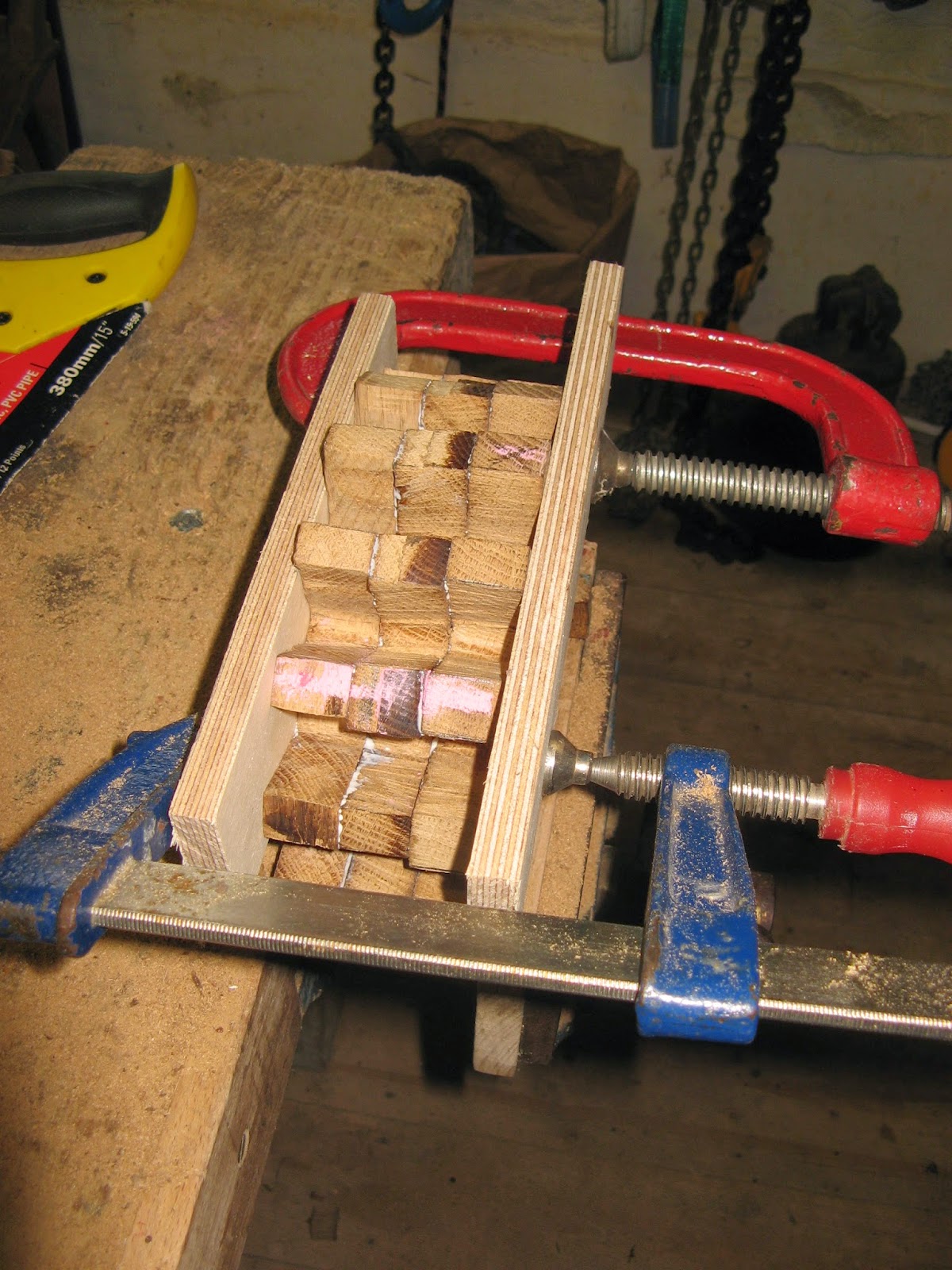 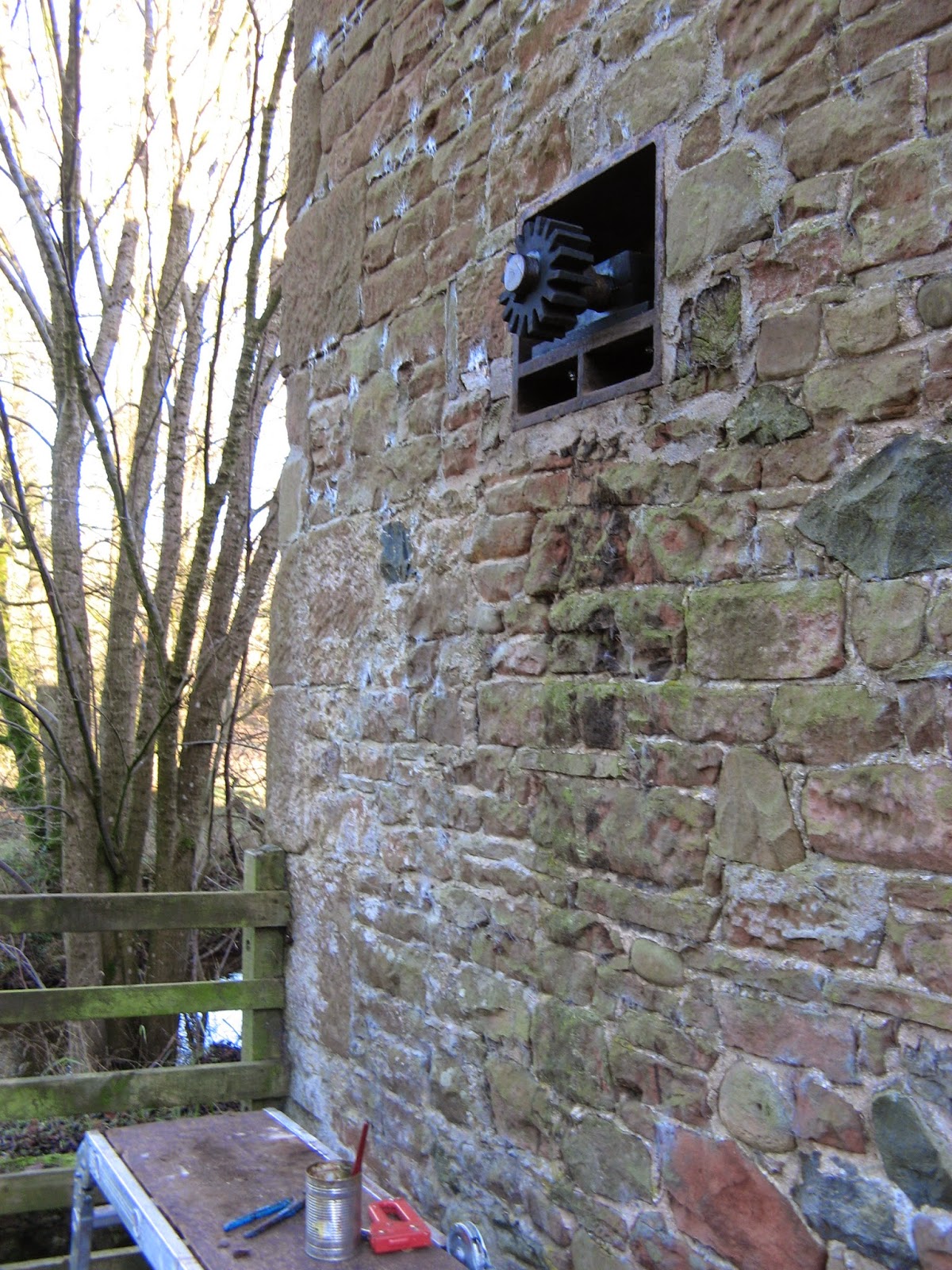 The above pictures show the finishing stages of the dummy saw bench drive.  First three pieces of wood were cut into circles and trimmed to represent a toothed wheel.  After several stages of processing they were clamped together and glued.  The second picture shows the toothed wheel in place on the shaft.  We think this must be pretty much how the thing would have looked. 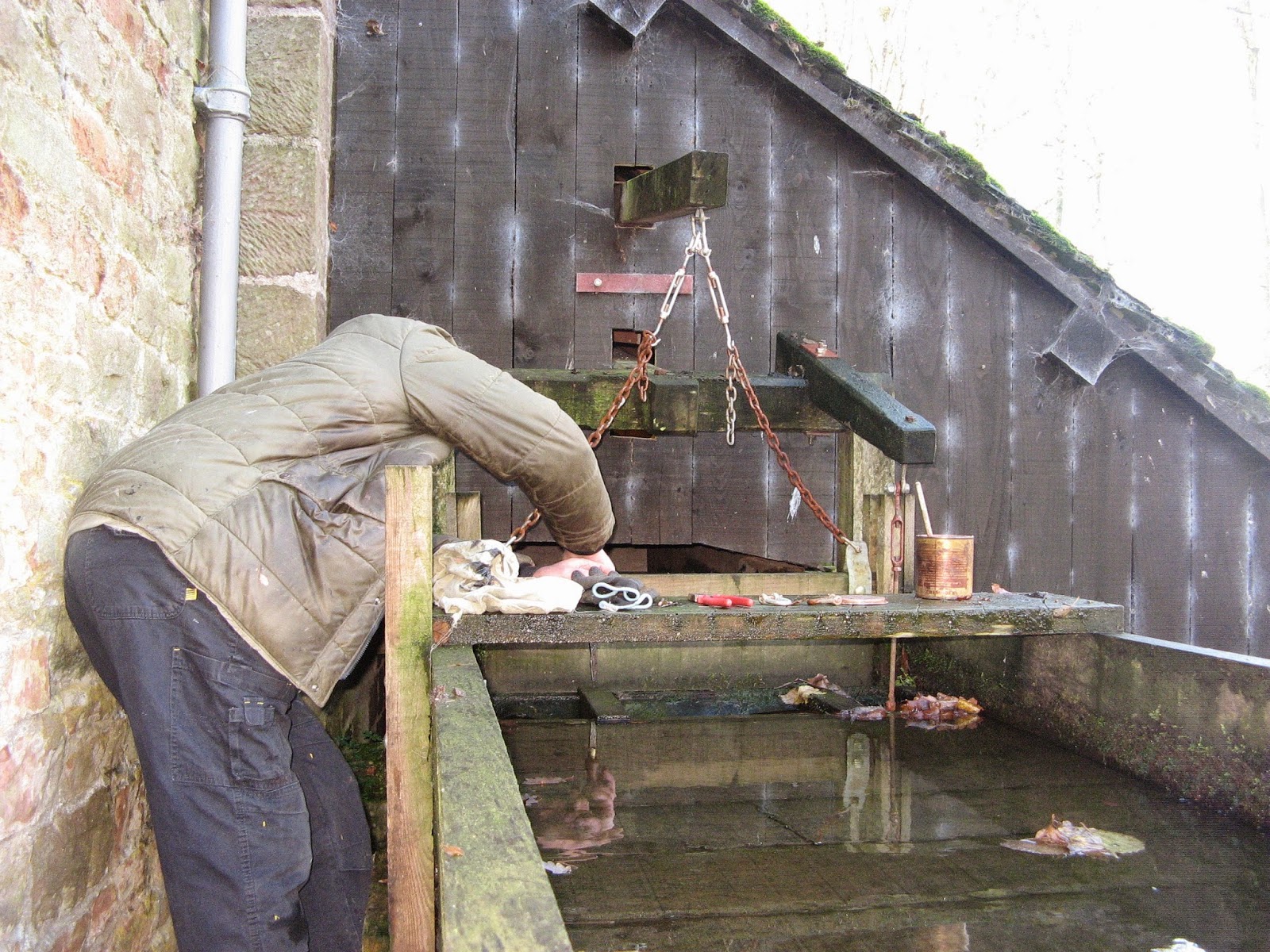 Among other jobs, Richard made some adjustments to the chains on the dump valve.  This included putting adjustable links in so we could make sure the gate dropped level. 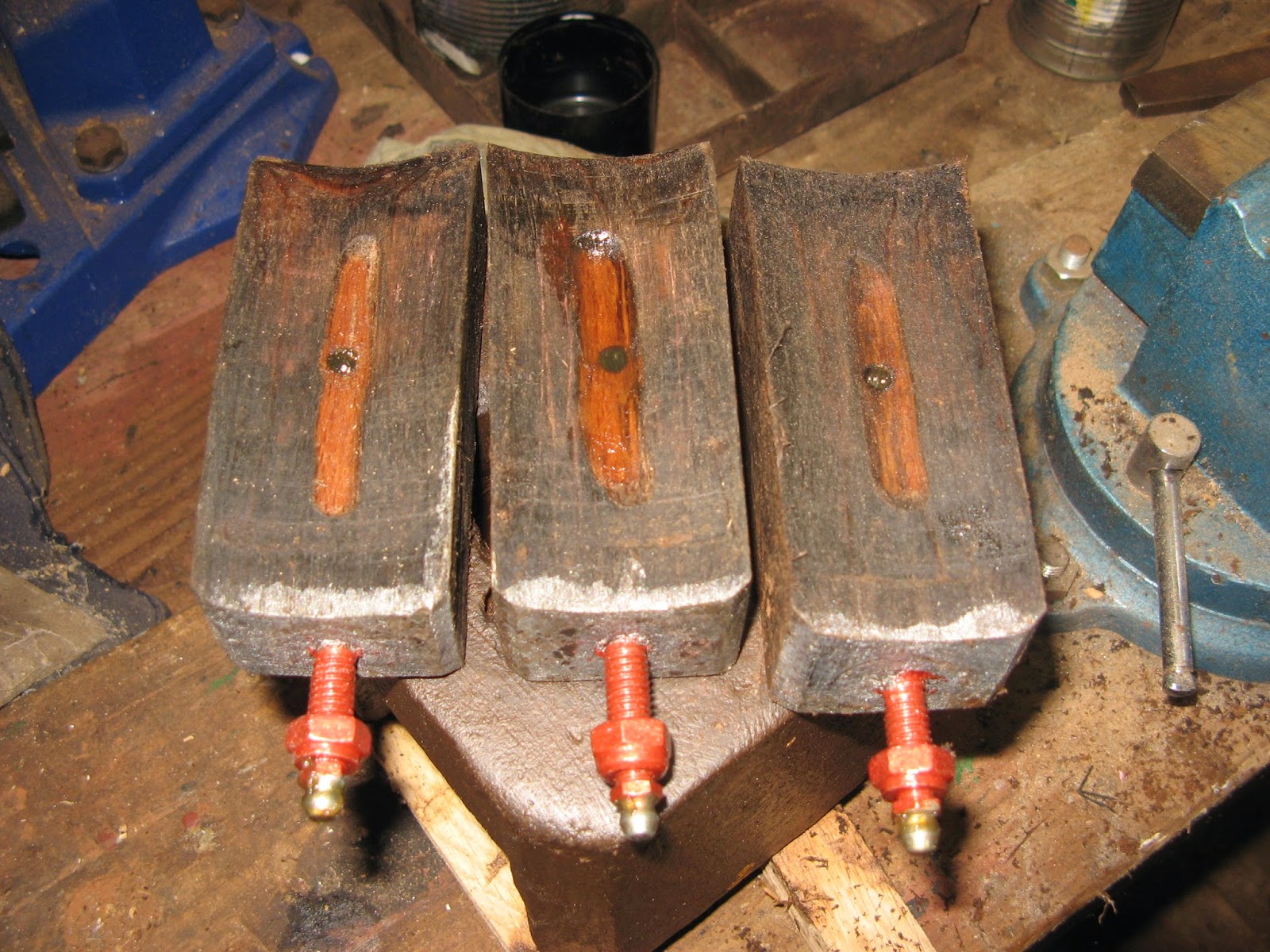 With the stone lifted for its winter clean, Richard has adapted the wooden bearing blocks to take a grease nipple, as suggested by one of the comments on this blog.  This will make it much easier to keep the shaft lubricated in future, and removes the need for the masses of supposedly grease-soaked sacking that filled the other 3 slots in the bearing casting. 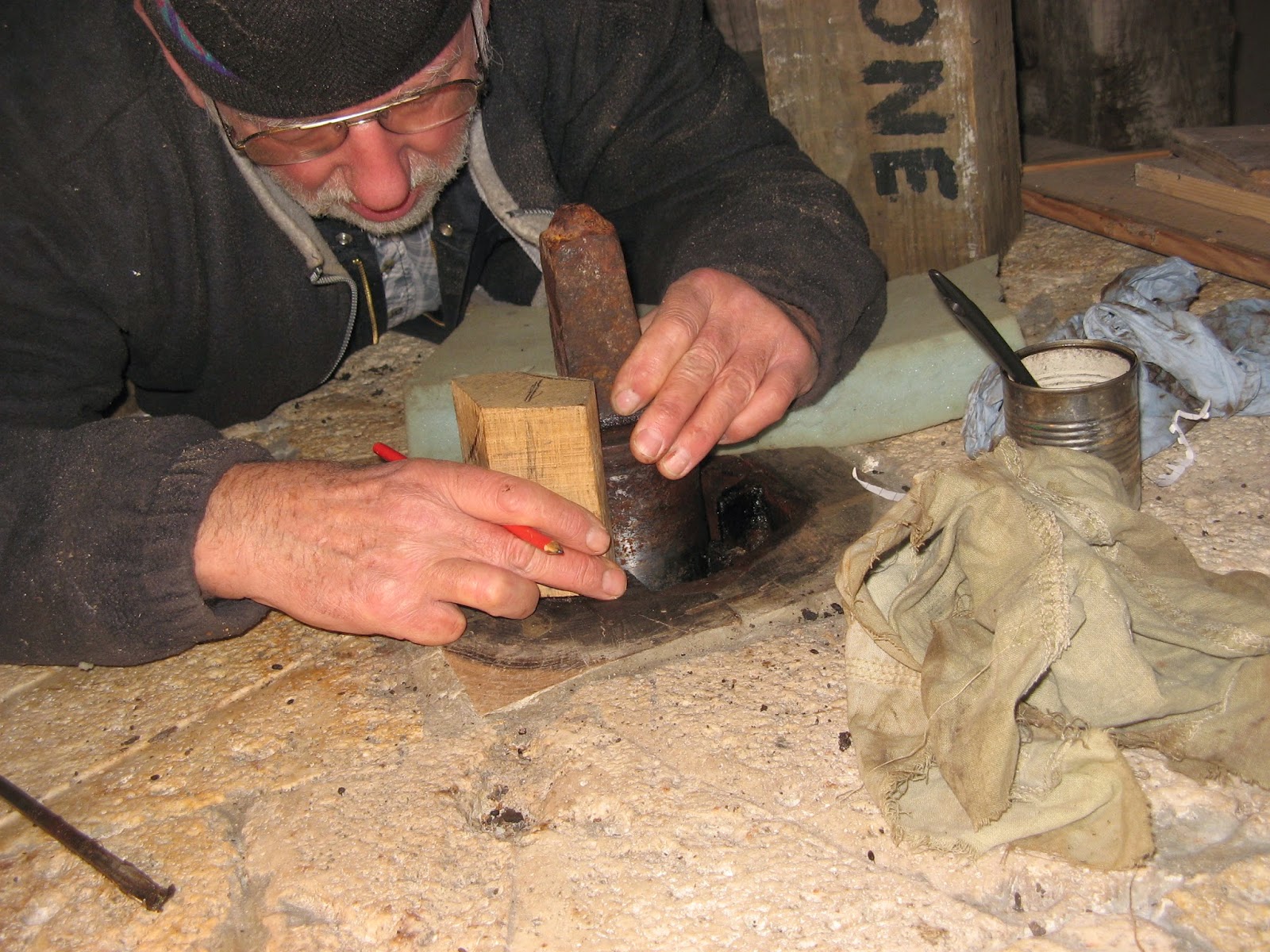 Instead we have cut some complicated wooden pieces to fill the 3 slots, while not bearing directly on the shaft.  Here Richard is trying one in place.

Other jobs have included still more cobbling of the yard, and work on the "declutch" lever for the shelling stone, which has not worked since some modifications we made last year.
Posted by Bob Price at 11:06 1 comment: