A rather chilly day!


Not a good day for doing what I planned to do - varnishing the inside of the flour chute - as the temperature inside the mill never got above -1 degrees.  The tine of varnish says not to apply below 10 degrees - about July by my reckoning.  Not good for cobbling the yard either.

Instead we did a few jobs.  We moved some of the large stones for the kiln from one part of the yard to another.  We mended the cement mixer by making some brackets to hold the stirring paddles, which had broken off.  We repaired the plaster lining of the French burr stone which had developed serious cracks, and sanded down the flour chute. And David continued overhauling and Waxoyling the iron parts of the jigger box. 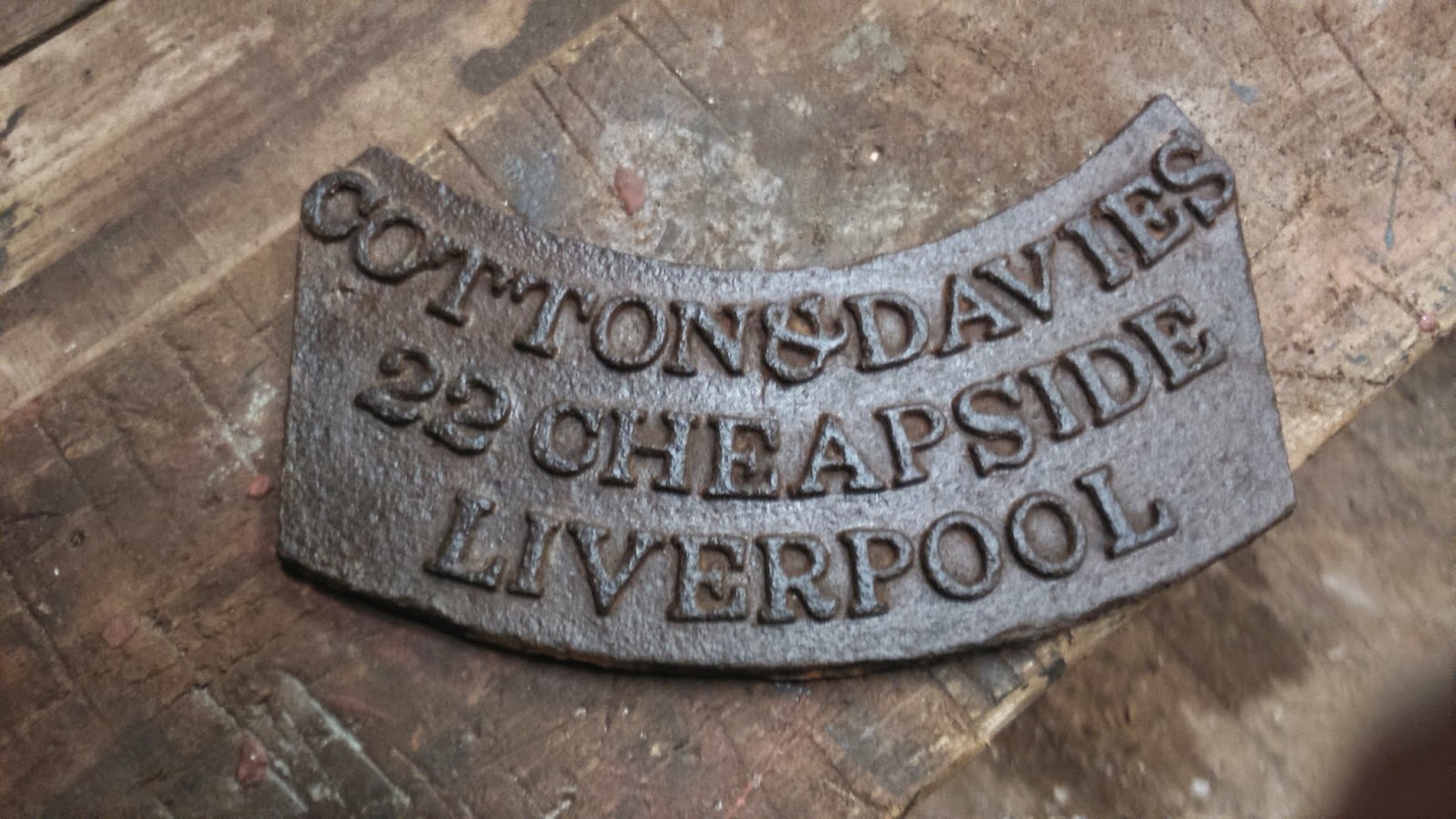 We also found the maker's plate from the French burr stone, which we had always believed to have been stolen.  It shows that the stone must have been made before 1853, as the partnership was dissolved in February of that year.